In the far west, the mysterious Premier League continent, where twenty cities meet each other, just to win the Barclays crown and dominate the country.

Twenty-eight years since its creation, a city has embroidered its crown on its city emblem 13 times. This city is armed with red armor, and wherever it goes, there is no grass. The enemy is frightened by the wind, and it is called the "City of the Red Devil."

At that time, the city of the Red Devil was led by the old marshal Fujue. This man had a kind face, but he was actually one of the most powerful generals in the world, leading the city of the Red Devil for more than 25 years. In 2009, the president of the Army God of War moved to the royal camp on the Iberian Peninsula, and Fu Jue reorganized himself. In this way, the "Dark Four Heavenly Kings" officially came to power.

The fourth king of heaven, Nani, is not passed on. This person is the little brother of President Luo from the same country. With the nerve knife as a special skill, he can grab the head under President Luo's eyes and help him complete the grand cause of dominating Europa;

The third king of heaven, Valencia, does not shoot at the tile, and the nirvana is super fast. The personality is dull, unsmiling, and was once mistaken for being the heir of President Luo because of his superior strength and see-through. 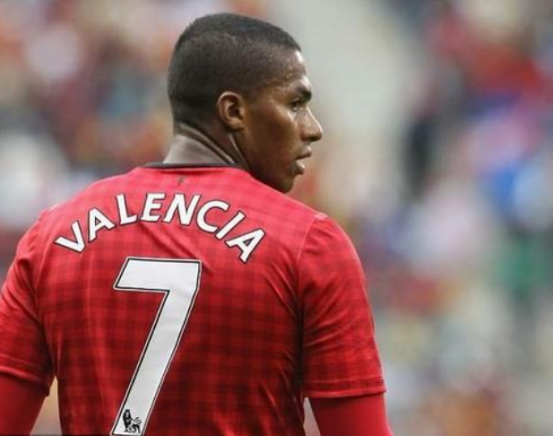 The second of the kings, Ashley-Yang, but the trumpet, this person is actually the first wolf of the four kings to kill, no killer moves, but a bunch of passive skills, including the Tianke No. 7 general, the contract year killer, and 100% Hundred bird dung precise summons, etc.;

One of the kings of heaven, Welbeck, the account number does not enter, the owner of Perrmir's mainland account book, the trick is the Perrmir account book. 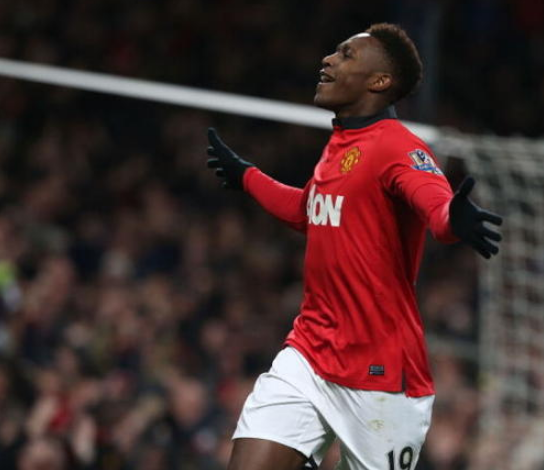 During this period, the "Dark Four Heavenly Kings" who have been struggling to support have become the "Dark Four Olds", and the destinies of the four are completely different. Nabu Chuan, who was not in the eyes of the new coach, sadly opened the way of wandering and played in four different cities; Pei Bujin was a major arsenal on the mainland of Perrmir. Later it was said that Pei did not enter the trip. As an undercover agent, there is no way to verify the truth. The remaining Wabu shot and Yang failed to become the leader of the army, but after all, the years are not forgiving, and the army is also looking for their replacement. The legend of the four dark kings seems to be coming to an end. 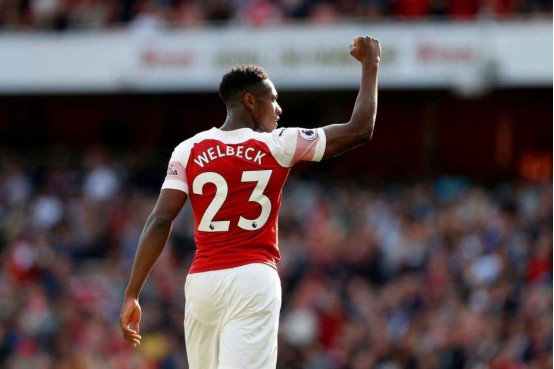 It wasn't until Solskjaer, a hero in the former army, took the command of the command, that the DNA of the Four Diablo Kings finally had the inheritance.

Zhongxian Zhong Taxi, a magician with a mysterious oriental blood in the legend, his best skill is invisibility.

Pedi Pereira, there are rumours that he is the godson of Suo Shuai, but he is unassuming, willing to be a green leaf to set off the strength of his comrades and even opponents. 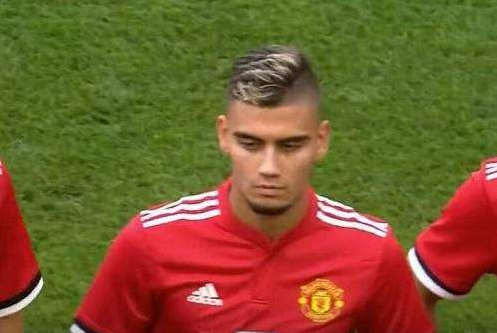 Emperor Lin Jiade, the head of the new generation of Dark Kings, uses the energy of the Balala dance to attack. As the so-called ten steps to kill, you will not stay for thousands of miles, and you will leave your clothes and fame deeply. Suo Shuai does not want to show his sharpness, so he arranges it to be connected after the trident that charges and is called the halberd. Put. 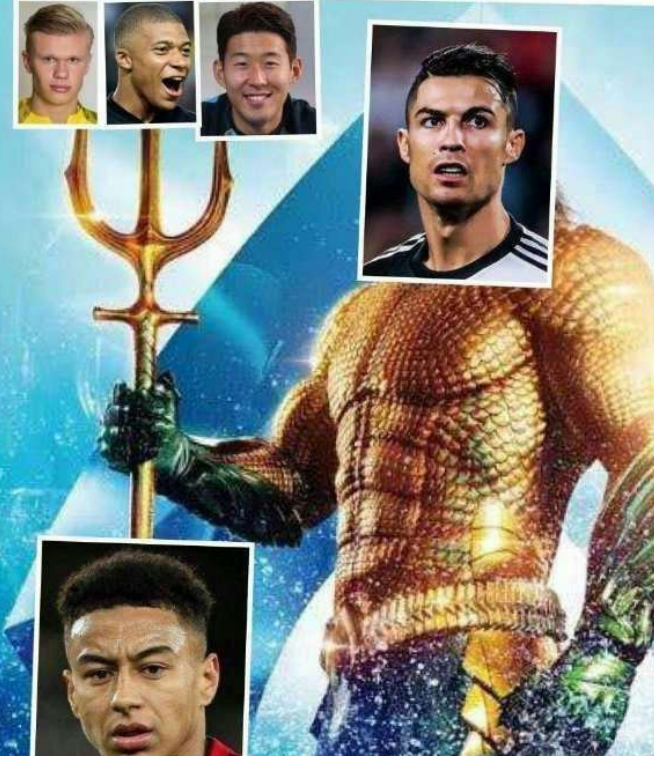 It is worth mentioning that the battle for the throne of the new heavenly king is extremely fierce. Rashford, Lindelof, Pogba, Jones, Fred and others have sat in this position. But In the end, the permission of the other three elders was not obtained. Perhaps it was this unreigned king who prevented the Red Devil from exerting its full strength. When the last piece of the puzzle was in place, it was when Europe recalled the fear of being dominated... 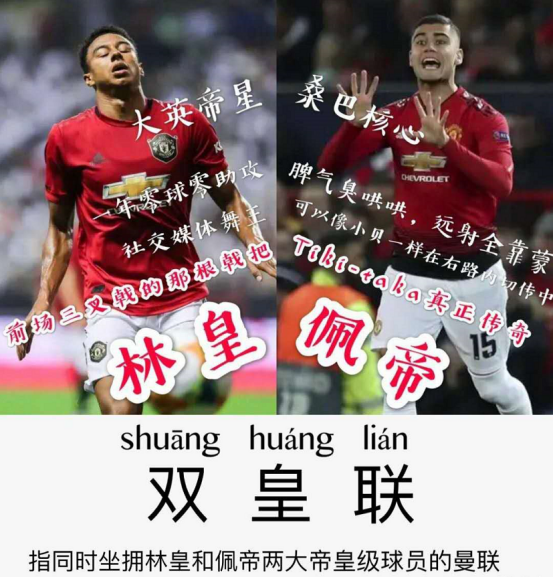 The adaptation is not random, and joking is not nonsense. The legends of the kings can be told in countless different versions, but we still have to return to the real world to compare the two generations of kings. At the competitive level, even though they are all hacked every day, the four kings of the old generation can undoubtedly beat the new generation. In terms of club statistics, Nani played 230 games for Manchester United, scored 40 goals, won 4 Premier League and 1 Champions League titles; Welbeck represented the Red Devils 142 times, scored 29 goals and 21 assists, and won twice. Barclays Cup. And “Xuanming two elders” Ashley Young and Valencia needless to say, where to move, from the winger to the full back, Ashley Young has the worth of 63 million euros Di Maria and The 34 million euros Depay squeezed onto the bench, and Valencia was the first non-European player in the history of the team to make 300 appearances; the two dedicated men have no credit and hard work, and being able to bring the captain's armband is the best affirmation for them. . 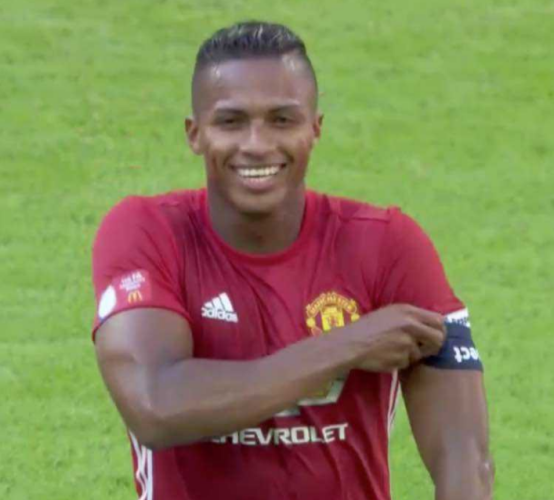 At the national team level, these people have also had brilliance. In the 2016 European Cup final, Ronaldo personally handed the Portuguese captain's armband to Nani when he was injured; Valencia can be said to be Ecuador's "village's hope"; Professor Young was still in England when he was 33. He started in the World Cup and entered the semi-finals with the team; although Hei Bei is the one that is not good, but he is the main force of the 2012 European Cup after all, and the scorpion swung his tail to kill Sweden.

Among the new generation of kings, Lingard is 27 years old, Pereira is 24 years old, and Zhong Taxi is 20 years old. At this age, the generation of kings basically has a stable chance in the club, and now, a B fee is only It can make them all out of the big list. As for the national team, with the exception of Lin Huang who once got the main position to play the World Cup, the remaining two can't even touch the sides of the national team.

On the other hand, the mentality of fans when making jokes is also quite different. In the early days of the Four Heavenly Kings, Manchester United, despite the loss of Cristiano Ronaldo, had excellent results. At that time, the fans were more relaxed when watching football. The Four Heavenly Kings were born out of self-deprecation. Deep feelings. Although this Manchester United team is gradually improving, it is still too far away from the past. The performance of these few makes the fans hate iron and steel, and want to let them leave the team early. At this time, the "Four Heavenly Kings" hat, It has become a fierce accusation and emotional vent from the fans. 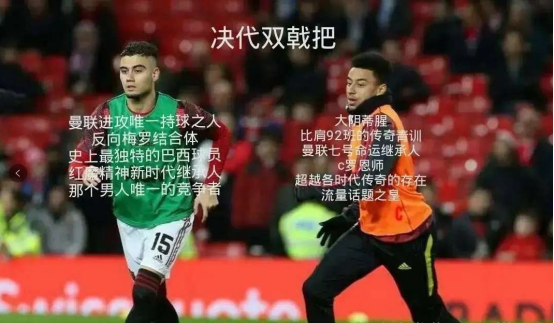 But despite the huge gap in strength and performance on the court, the new generation of Dark Kings also has its own commanding heights. In terms of network topicality and traffic, Lingard alone is better than the four old Kings combined. According to the "Daily Mail" report, Lingard's number of fans on YouTube ranks fourth among new YouTube bloggers in 2019. His channel has more than 300,000 subscribers and has a total of close to 10 million views. Although Lao Tian Wang's social media also has a good degree of attention, it is certainly not comparable to Lin Huang, who runs his own clothing brand.

More than ten years ago, social communication was far less developed than it is today, and portal reports also focused on the game itself. As a player, the way to make a living is to play the game well. At that time, he had a high degree of attention on the Internet. Beckham, who was involved in the fashion industry and entertainment circles, was almost an alien. However, with the development of the Internet, sometimes it is not surprising that the sideline of the players is more attractive, and being an Internet celebrity conforms to the trend of the times. In this era of focusing on entertainment effects, not only the media will report more on the content of the game itself, but the focus and scope of fans are also changing. So even if Lingard actually only has the ability of a marginal player, as long as he is in Dancing on social media can also guarantee your attention. 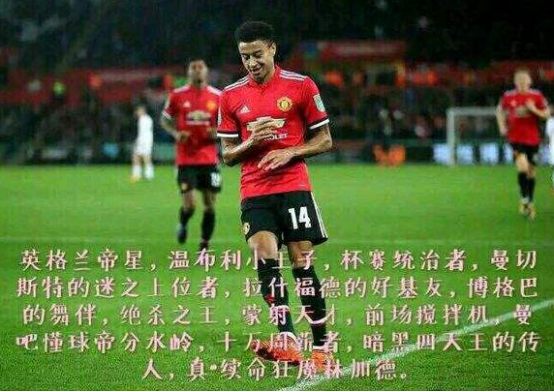 In addition, the progress of the Internet has also made cultural exchanges more extensive. The old generation of Four Heavenly Kings is just a complaint from the domestic fans themselves, but Lingard is a real world-class internet celebrity, many of which are from foreign media to domestic fans. In the same way, the combination of Emperor Lin Huang Pei Di Zhong Xian may soon be exported from China to European and American fan circles. 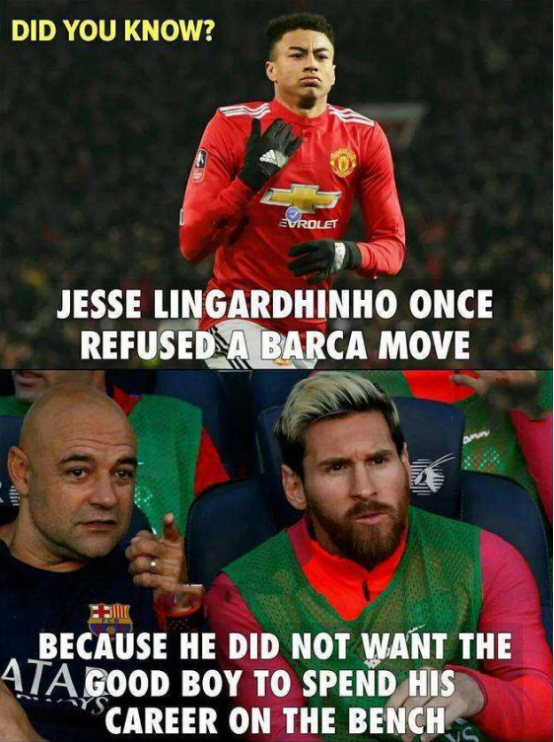 As a social midfielder, Lingard's role is no longer limited to the court. Recently, he and Sancho are constantly interacting with the screen. If he can really fool Sancho, then it is not impossible to continue for another year or two. 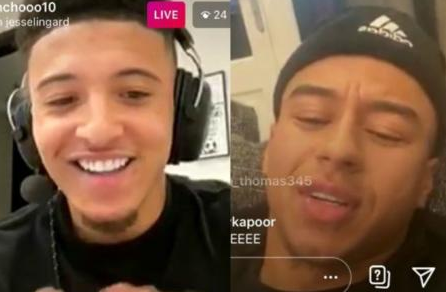 The second generation of Manchester United Diablo Kings is the representative of some of the new era players. The common feature of these young players is that their social media and off-field activity far exceeds their performance on the court, and there may be many who have not seen them play. Passers-by have kept a lot of their emoticons. These people are no longer just football players with slots. In the era of per capita mouth-hit and surfing per capita, they are already a symbol of Internet entertainment.

From entertainment to death, football is no longer a separate competitive sport, but gradually integrated with the entertainment circle, fashion circle, and Internet celebrity culture under the influence of the media, creating a brand-new football cultural phenomenon, and This road goes further and further.